About The Walter Day Collection

The Walter Day Collection is a historical project that champions the use of the common trading card as a medium for teaching and commemorating history. Using the simple collectible trading card as a vehicle, the Walter Day Collection documents and commemorates the history of today's popular culture, focusing on science fiction, the American Civil War, World War II, the comic book industry, movie & film history, the video game & pinball industry, biographies of the world's most influential people, historic events on each day, and the remarkable emergence of professional eSports.

The card set was a long time in the making. It got its first inspiration when the January, 1983 edition of LIFE magazine published baseball-card-sized photos of the champion video gamers of that time posing wih their favorite games. Taking LIFE magazine as a cue, Walter Day (working under the Twin Galaxies banner) began to ask gamers in the summer of 1983 for photos and bios that could be put on trading cards. Though prohibitive printing costs derailed the project, Day didn't give up and tried again in 1985 when he produced a plan for a 110-card trading card set that featured the top players and the games they conquered. However, once again, the printing costs were insurmountable. Fast forward to 2008—Walter Day asked Caroline Hoose and Greg Hoose (The Greye Ghoose), of Fairfield, Iowa, to create prototype designs for a trading card set for Twin Galaxies. Those designs would eventually be used as promotional items handed out at The Big Bang (2009)—the celebration in Ottumwa, Iowa, that saw the launching of the International Video Game Hall of Fame. By February of 2011, the designs created by Greg Hoose would become the Twin Galaxies Video Game Trading Card Set—a set originally created to celebrate Twin Galaxies’ 30th Anniversary in 2011. In 2014, the card set was renamed The Walter Day Collection as Walter Day took over ownership of the project.

Though originally created to celebrate the history of Twin Galaxies, the vision for the card set soon expanded to include the history of the worldwide video game industry, documenting not only important milestones in video game history, but also honoring world record holders, iconic industry pioneers, noted video game personalities, contest winners, legendary events, and the thousands of individuals and companies who, through their creative contributions, have given shape to today’s worldwide video game and eSports culture.

Sharing the stage with the sprawling video game/eSports card set are the Biographical Trading Card Set, the Comic Book History Set, the Roman Empire Set, the Movie History Set, the This Day in History Card Set, and the Science Fiction Historical Trading Card Set. Plus, an additional series of cards focuses on Fairfield, Iowa's unique distinction as "The Renaissance Capital of the World." By the end of 2020, approximately 5,000 different cards had been designed with approximately 3,300 of the cards from across all the sets printed and distributed around the world. And, to support many projects and honor many people's accomplishments, it is believed that as many as 250,000 trading cards may have been given away as free gifts so far, especially to children.

Art Projects
There are three card sets in particular that have been created to demonstrate how the common collectible trading card can capture the popular history of our times and act as an educational and artistic vehicle. They are the Tom Brady Historical Trading Card Set, the World War II Historical Trading Card Set, and the Comic Book History Trading Card Set. In each case graphics and text were used that were unlicensed and unauthorized so the card sets are not eligible for general public distribution or for purchasing. The ideal goal for each of these sets is to find museums or institutions that are willing to publicly exhibit them for educational purposes. Any such-minded organization or venue can receive all these card sets as a free gift for their educational purposes.

The Biographical Trading Cards set is the Walter Day Collection's most ambitious project to date. The long term goal of the Biographical Trading Card Set is to make a series of cards that can be used by school systems to teach history.  The initial series will incorporate cards that commemorate the lives of 1,600 of history's most influential people from the past. A follow-up series of 1,600 further cards will focus on the more modern celebrities. WDC plans to eventually extend the set to encompass cards for more than 3,200 noted individuals. More than 99% of the cards have benefitted from the free-to-use graphics and images that are found online and which are in the public domain. In many cases, when a trading card is issued, there often is a public ceremony to mark the "World Premiere" of the card. For instance, card # 168 (actor John Wayne) was presented on May 26, 2017, to the Mayor of Winterset, Iowa (the Duke's birthplace), during Wayne's 110th birhday celebration. And, card #3 (ragtime pianist Scott Joplin) was presented in Sedalia, Missouri, during the 37th Annual Scott Joplin Ragtime Festival, June 3, 2018. On August 6, 2018, the Biographical Trading Card for author Nathaniel Hawthorne was formally presented in a World Premiere Ceremony to the Executive Directors of the House of the Seven Gables in Salem, Massachusetts. Additional ceremonies have seen Walter Brennan's card presented as a framed award citation during a meeting with the Mayor of Lynn, Massachusetts in 2018 and a similar presentation for jet aircraft designer William Lear during a presentation to the Mayor of Wichita, Kansas. Currently, Walter Day is seeking to establish alliances with teachers who would like to use the Biographical Trading Cards set as a teaching aid in the classroom.

With already more than 333 cards designed (and 280 in print), the sci-fi set sees no end in sight and could easily amount to 500 different cards before the project runs out of gas. And, like the Biographical Trading Cards set, new cards are often unveiled during ceremonies. For example, card #65 (author C. J Cherryh) was presented on the stage during the 2016 Nebula Awards weekend festivities, in Chicago, IL. And, card #34 (author Robert Silverberg) was among many cards presented on the stage during the Grand Masters Talk at the 2016 WorldCon, in Kansas City, MO. On Saturday, May 18, 2019, at the 2019 SFWA Nebula Awards Conference in Los Angeles, California, Science Fiction Historical Trading Card #211 was presented to William Gibson -- the author of Neuromancer -- as part of the ceremonies that enshrined him as the 2019 SFWA Damon Knight Grand Master of Science Fiction. 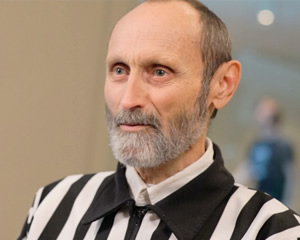 The collection was founded by Walter Day, of Fairfield, Iowa. Walter was the co-founder of Twin Galaxies and the author of numerous world record books. Over the last 40 years, Day originated numerous research projects that used business cards, high school yearbooks, trading cards, and vintage newspapers to study history.

Walter recently retired from Twin Galaxies to pursue a career in music but continues to appear at events from time to time. He also loves making trading cards.

This website is the product of the creative genius of Brian Peat (Peat Creative) and Derek Sorrells (The Arcade). We have them to thank for contributing this great website to this project. We have to thank Eric Tessler, of La Habra, California, who, as a gift, has sponsored the printing of more than 700 cards as well as covering the organizational costs for more than one dozen Awards Ceremonies. Also, we thank Mark Hoff and Jim Schelberg for skillfully writing and designing countless cards for the Walter Day Collection.
© Copyright 2020 Walter Day